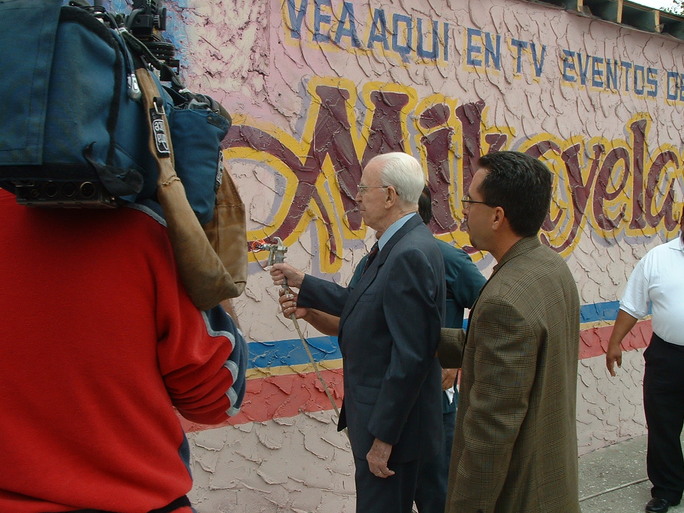 Aided by a $153,000 challenge grant from the Meadows Foundation, construction on the new site — including demolishing the building’s interior, leaving the exterior walls — began in 2003.

Construction workers gutted the old cantina to build the Spanish-style clinic, with plans to expand the facility to adjoining vacant lots.

Work begins to meet guidelines that will qualify the organization for federal grant money.

Reyna Infante, who lives across the street from the new clinic, said she doesn’t miss the old cantina, with its noise and sporadic shootings. As she watched the construction from her front porch, Infante, 79, said the medical clinic will be a welcome addition to the Denver Harbor community. “All the neighborhood is happy,” she said, “Because I think we are going to have something good for the people around here.”